Neither Thuggee Nor Thug

Three times this week, I have inadvertently scared a Desi woman. For those of you who do not know the designation ‘Desi’ means: a person of Indian, Pakistani, or Bangladeshi birth or descent who lives abroad. I wrote this blog post to apologize to specifically those three women and all Desi women I have come into contact with in the Tri-state area over the years. So let me continue on with my apology.

Given the rampant crime and abuses on Wall Street I can understand why one will associate the collared shirt and slacks with criminality.

In my case, it all happened each time so innocently: I was just walking home whistling a random tune that came to mind and found that Auntie 5 feet in front of me, walking the opposite direction had clutched her purse and hurriedly walked into the street to avoid impinging upon my personal space. I was very touched that someone should care for my well-being and personal space to such an extent that they dart into the street clutching their purse.

It was only after this happened 2 more times did I come to the stunning realization that the way I carry myself and my style of dress makes many of you feel threatened. I know the media does a lot to demonize my particular demographic: young  well-dressed career professionals in their thirties. I mean, every time you turn on the TV there we are, scores of us associated to another financial scandal.

But trust me we all aren’t like that. Deep down under the clothe we are people like yourself, who sometimes have suffered through discrimination simple because of how we look and dress.

I remember my trip to India now so many years ago now. The rank air was heavy and  the cloud of mosquito thick that day in Mid July 1997. I came to India with an open mind and had a great time the month I stayed there. I got to eat new foods, and learn new words like Kaffir,  I kept hearing the word Kala every time I passed through some crowded places; I still need to figure what that one word means. I was even able to haggle the price of this cool Kurta set down to $200 rupees in Bangalore.

So looking back we seemed to have been on such good terms 15 years ago, I don’t understand how my work attire could scare you so much now. From the way you clutch your belongings and run from me to the way you pull your young children closer to you as you hurry to rid yourself of me, I feel like I am one of those Siddi or Makrani people you hate so much. Better yet I  feel like I am this guy: Sambo Davis.

Nigerian Sambo Davis is married to an Indian woman and lives in Mumbai. All his documents are valid, but he was arrested by the police recently on suspicion of being a drug dealer.

He and 30 other black Africans were detained for hours before they were let off with an apology.But the following day, Mr Davis said that he was shocked to read in local newspapers that they were “arrested for drug peddling”. “The police treat us Africans like dogs,” he says. Mr Davis claims he often faces discrimination when he goes to restaurants or when he tries to rent an apartment in gated middle-class communities.

Mr Davis and myself committed the same grievous error in that we chose to wear collared shirts, and grievously hath we answered for it. In choosing to not listen to that age-old adage: “when in Mumbai dress as the Indians do” (I know I am not in Mumbai but it still makes sense) we have put ourselves in a difficult position. We in not appealing to your sense of style and cultural propensities have forfeited our right to be judged as human beings, trying to live noble on this ignoble rock 93 million miles from the sun. Now we are just shiftless beings adorned in non threatening white-collar work attire.

The police think Mr. Davis because of his career and economic aspirations and methods of dress to be a depraved person that is hell bent on ruining credit scores and innocent lives by living a life of opulence built on the suffering of the less conniving and ambitious around him. For my part as terrible as this is, being judged by clothing, it is better than being judged by my skin and the fictitious genetic/historic depravity that darker skinned people like those of African Descent or the Dravidians possess. I mean it would be awful to 67 years after the British and what was left of their flaccid culturally syphilitic empire pulled out, to continue to victimize someone else just because you were a victim once, right

But it’s not like that at all. I hope this open letter is the first step in us establishing a trust between each other again and continuing on, on friendly terms. Also if someone could help me with Auntie at the discount store who would rather throw the change on the counter than place it in my hand that would be helpful. 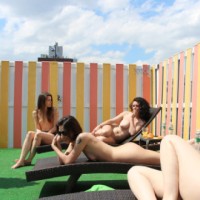