“The obvious types of American fascists are dealt with on the air and in the press. These demagogues and stooges are fronts for others. Dangerous as these people may be, they are not so significant as thousands of other people who have never been mentioned.

The American fascist would prefer not to use violence. His method is to poison the channels of public information.

With a fascist the problem is never how best to present the truth to the public but how best to use the news to deceive the public into giving the fascist and his group more money or more power.”
― Henry A. Wallace

I have always seen Fox News as a fascist organization that serves to pollute public discourse by selling quite loudly, the version of the day’s events their benefactors want to be disseminated. I have said this for a while, especially since the War on Terror started back when I was in college. Basically I wanted in this post to use the Reza Aslan Interview to point out what I feel makes Fox News a fascist organization. Since I am not one with any fame celebrity or authority I thought I would use some quote from people who fortunately and unfortunately knew what theu were talking about:

Why of course the people don’t want war. Why should some poor slob on a farm want to risk his life in a war when the best he can get out of it is to come back to his farm in one piece? Naturally the common people don’t want war neither in Russia, nor in England, nor for that matter in Germany. That is understood. But, after all, it is the leaders of the country who determine the policy and it is always a simple matter to drag the people along, whether it is a democracy, or a fascist dictatorship, or a parliament, or a communist dictatorship.

Voice or no voice, the people can always be brought to the bidding of the leaders. That is easy. All you have to do is tell them they are being attacked, and denounce the peacemakers for lack of patriotism and exposing the country to danger. It works the same in any country.”
― Herman Göhring

Of course Fox news for some reason assumes it speaks for America.

“It would not be impossible to prove with sufficient repetition and a psychological understanding of the people concerned that a square is in fact a circle. They are mere words, and words can be molded until they clothe ideas and disguise.”
― Joseph Goebbels

Looking at the interview with Reza Aslan, I see a clear repetition of the strange opinion that all Muslims even ones who have lived studied and have been celebrated in the United States have a hidden agenda to misrepresent and misconstrue everything they can with their skewered perception of what is correct. Islam and Muslims for years have been portrayed as the enemy. The Fox News Show is called “Spirited Debate,”and ironically there was no debate. There were simply accusations which really exposed a heavy bias on the part of Fox news. I quote the late scholar Edward Said with the following :

I wrote a post before about the Portrayal of Islam and Muslims in the US, check it out here

“But the most brilliant propagandist technique will yield no success unless one fundamental principle is borne in mind constantly and with unflagging attention. It must confine itself to a few points and repeat them over and over. Here, as so often in this world, persistence is the first and most important requirement for success.”
― Adolf Hitler

The Nazi’s were skilled at the use of propaganda. Fox News has followed these principles to the ‘T’.  Let me summarize the few points for you that has become their mantra:

Despite the variety and the differences, and however much we proclaim the contrary, what the media produce is neither spontaneous nor completely “free:” “news” does not just happen, pictures and ideas do not merely spring from reality into our eyes and minds, truth is not directly available, we do not have unrestrained variety at our disposal.

For like all modes of communication, television, radio, and newspapers observe certain rules and conventions to get things across intelligibly, and it is these, often more than the reality being conveyed, that shape the material delivered by the media. ” 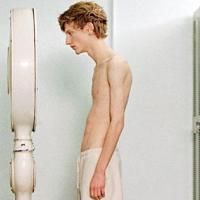