I got a responce to my post on how not to propose to a women. The person asked me “Wtf is wrong with you ‘MrMary’s real name’?”, not just in terms of proposing dead black out drunk, and my contempt for institutions. So i thought I would think outloud and share the fruits of such an endeavor with ya.

“I’ve never been lonely. I’ve been in a room — I’ve felt suicidal. I’ve been depressed. I’ve felt awful — awful beyond all — but I never felt that one other person could enter that room and cure what was bothering me…or that any number of people could enter that room. In other words, loneliness is something I’ve never been bothered with because I’ve always had this terrible itch for solitude. It’s being at a party, or at a stadium full of people cheering for something, that I might feel loneliness. I’ll quote Ibsen, “The strongest men are the most alone.” I’ve never thought, “Well, some beautiful blonde will come in here and give me a fuck-job, rub my balls, and I’ll feel good.” No, that won’t help. You know the typical crowd, “Wow, it’s Friday night, what are you going to do? Just sit there?” Well, yeah. Because there’s nothing out there. It’s stupidity. Stupid people mingling with stupid people. Let them stupidify themselves. I’ve never been bothered with the need to rush out into the night. I hid in bars, because I didn’t want to hide in factories. That’s all. Sorry for all the millions, but I’ve never been lonely. I like myself. I’m the best form of entertainment I have. Let’s drink more wine!”
― Charles Bukowski

I have a weird relationship with society and people.  I thought I would translate the words of the famous Pierre Rabhi for you all as it is very close to how I roll. He says that “If aliens were to observe us,they would find that we are extraordinarily gifted but also quite moronic. Man posses great technical skills but he puts those at the service of making more money than for humanitarian causes. And if anyone were to ask the question about life after death Pierre Rabhi would ask them if there is life before death. In fact, what can be more absurd than a world where we start in school, before we go off to work in a box, where one  amuses oneself by going to a box, before finally being put in a box under the ground.” Taken from here

Firstly, box here isnt a euphemism to a lady’s, private vacuous part. Secondly that is a really basic and loose translation as I am not doing translation work at the time. But to elaborate the work he uses for school bahut can mean a box or chest ( think pirate gold doubloons not pirate booty). Work is another sort of box, we go out to night clubs and bars and other places which are also another type of social construct/box/imprisonment only to in the end up dead in a box underground.

From young I saw the con, the hypocrisy in people, relationships, in government in politics at work. For years i tried to do the good citizen thing but that shit wasn’t for me. One day at home I came home from work, to a mountain of bills, an eviction notice, and 2 loaves of bread that were to last me and my lady 2 weeks, after take a good look around I broke out into the most absonant/raucous laughter of my life. I was up late that night feeding part of my ration of bread to my dogs and my lady asked me what the hell was I doing and I said: “In catholic school they said that man cant live on bread alone, so I’m feeding some of it to the dogs. That way I’m not living on it alone but with company.” I thought it was pretty fucking genius comeback but anyways lol .

This doesn’t mean I don’t treat people nicely I do. I am very kind and warm person. I work very hard,  and if I am your friend, Ill ride with ya till the wheels fall off. I enjoy being me, I dislike being labeled and put into boxes unless my date gives her consent, then I have some things to put in her jeweled box, its jeweled because firstly it holds my jewels, and secondly because I’ve dropped a lot of coin, like those Parkinson’s geriatrics at the slot machines in Vegas, to be able to house my junk there. I find a great worthy in the worthlessness of existence, but not in a nihilistic sense at all. (I opened up a lecture about contrasting the kinetics and thermodynamics of protein folding with that sentence and crickets, but great lecture nevertheless).

Uhm I think that’s it need some iced coffee

Hey
I was just a skinny lad
Never knew no good from bad,
But I knew life before I left my nursery, 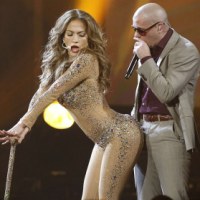