Answering your questions: Why For Two Weeks


“Human relationships didn’t work anyhow. Only the first two weeks had any zing, then the participants lost their interest. Masks dropped away and real people began to appear: cranks, imbeciles, the demented, the vengeful, sadists, killers. Modern society had created its own kind and they feasted on each other. It was a duel to the death…in a cesspool.”
—Women, 1978 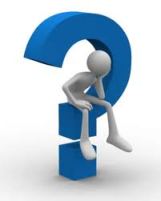 I got asked a sensible question today, the first one in a long time concerning this blog and some of my aberrant wording. The question was “It’s been over a month and I have been referring to the author of the howtodateboys blog as my SecretCrushForTwoWeek, why do I continue saying two weeks?

I have noticed that usually by the 14th serious exchange of personal information between a man and woman who may or may not yet like each other, both people find themselves hovering dangerously over a precipice, if they have made it this far. An exchange can be a email or phone conversation, a date or any form of communication between two people. During the course of these exchanges each person is trying to get to know the person they are talking to and find out what is acceptable to share, and of course how they should share what they want to share. After 14 serious exchanges the question comes: “Is it safe to put myself out there as I am, or do I still keep projecting this image of myself that is real as it is unreal?” or “how much does this person really want to know me?”

There is expectation, projection and a host of other things which make this part  fun, exhilarating, and yet always makes waiting painful.  Some persons  love the beginning of relationships, the thrill the flirting the chase and after the relationship grows past this they end it and keep starting a new. Some people jump the gun, and give too much of themselves all at once like the first date I went on ages ago, with a young lady told me about  how she was molested in her youth.  Some others wait too long and by the time they attempt to be more realistic in their self portrayal whatever fire there was has died down.

So initially my talking about my SecretCrushforTwoWeeks was first a means to articulate irony. Once one announces a secret to everyone it is no longer a secret which of course has stylistic/linguistic consequences in how I present any information or posts about MySecretCrush. Secondly, I’ve come over the years to see that I am an acquired flavor like alcoholism, crystal meth, rocky roads or jamoca almond fudge ice cream at Baskin Robbins – hence  the sardonic  comment for “two weeks” which is usually the turn around time for the featured new flavor of ice cream before it returns to the hushed silence of the margins. The comment was a subtle deconstruction of a popular trend I have observed.

Of course I don’t put too much weight  behind these kinds of observations and I am always pleasantly surprised at how things unfold.  MySecretCrush for some reason, has been nicer than I could have imagined and after14 days she hasn’t run for the hill or called for an old and young priest. So this coming week should be interesting